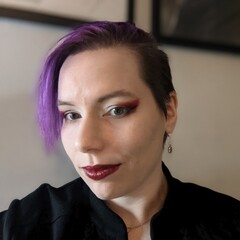 My name is Alexandra Jackson, I am a Character Artist living near Seattle, WA. I have worked in the industry for over 5 years on a variety of projects. My goal as a professional creative is to collaborate with a team on interesting and challenging projects. I always look to continue improving my skills through learning and working with others.